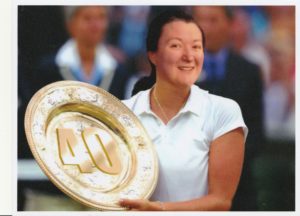 On Sunday 20th October 2019, the Muriel Bolton Award for 2019 was awarded posthumously to Lorraine Reilly of Lansdowne LTC. 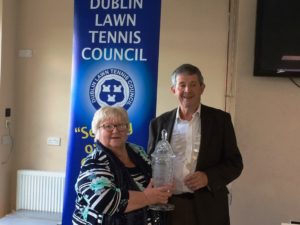 Lorraine Reilly began playing tennis in her native Claremorris LTC where she subsequently helped to organise the club’s Open Week.  Lorraine was also a member of Westwood Clontarf LTC.  She worked tirelessly to promote tennis and especially DLTC League Tennis in Westwood.  She regularly captained her league team and she participated in all DLTC League competitions.  More recently, she was a keen member of Lansdowne LTC.  Lorraine represented the DLTC in its annual match against the Belfast & District Leagues and she also played for Connacht in the Senior Inter-Pros. She played in several open competitions.

It was with immense sadness that the tennis community learned of Lorraine’s sudden death on 17th June 2019.